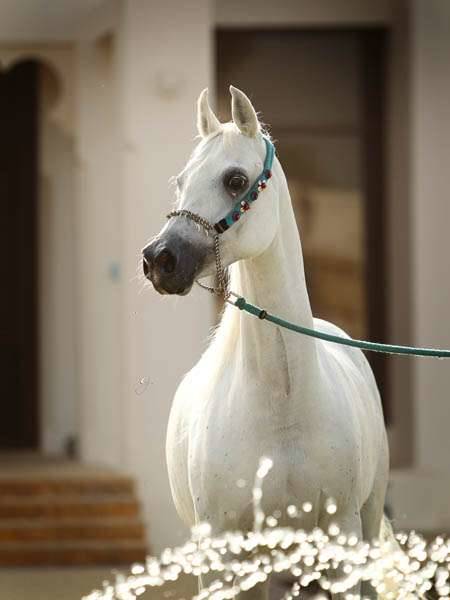 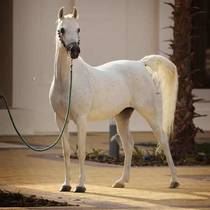 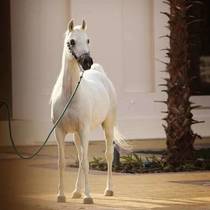 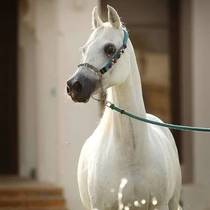 Al Rashediah Stud is fortunate to have many superb mares representing the astute breeding program of Katharinenhof Stud.   One of these, NK Zaherah, is a rare treasure as she has two of this stud’s most important foundation mares, Hanan and Ghazala, as her granddams.   A mare of supreme elegance and femininity, NK Zaherah is a daughter of Salaa el Dine, the magnificent stallion that resulted when Dr. Hans Nagel leased Ansata Halim Shah to breed to the mares of his program, including Hanan.   Interestingly, NK Zaherah’s dam is sired by Jamil, the stallion that Dr. Nagel sent to Ansata Arabian Stud in exchange for the young Ansata Halim Shah.  Both stallions were successes in the show ring during their travels.  Ansata Halim Shah was named a Reserve World Champion, and Jamil earned Top Ten honors at the highly competitive U.S. Nationals.  Although NK Zaherah is pure-in-strain Abbayah Om Jurays, she also has possesses a strong Dahmah influence in her damlines through Bukra and Halima.  Her influence at Al Rashediah is continuing into the next generation through her son Rashdan Al Rashediah, who is already producing promising young foals.