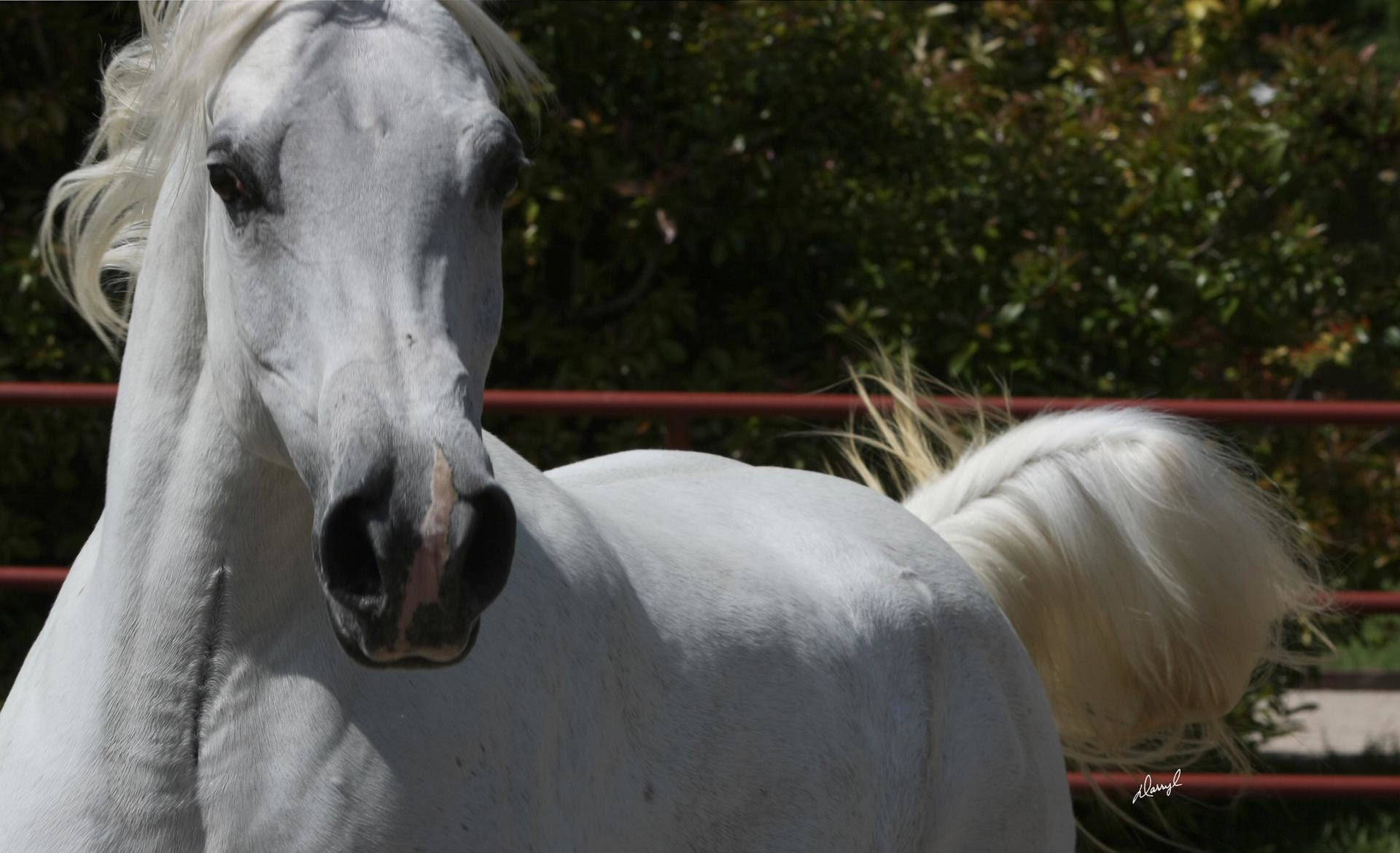 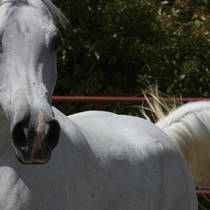 The sire of MB Kateena, Imperial Madheen, was bred in Germany, yet was a stallion which traveled to the farms of many eminent straight Egyptian breeders around the world, including Imperial Egyptian Stud in the U.S., Zichy-Thyssen Arabians of Argentina, and Sakr Arabians of Egypt.   He was a celebrated sire, noted for producing especially beautiful heads, large dark eyes, and wonderful type.  Tracing in tail female to the “Queen of the Nile,” Moniet el Nefous, Imperial Madheen combined the blood of five Nazeer sons -- *Morafic, Hadban Enzahi, Ghazal, Galal, and Alaa el Din.

MB Kateena, a treasured daughter of Imperial Madheen, is out of a daughter of MFA Mareekh Amir, a son of the extraordinary bay stallion El Mareekh.   MFA Mareekh Amir’s beauty is also a reflection of his dam line, tracing to Maaroufa, a mare bred by Prince Muhammad Ali Tawfiq of Egypt at his Manial Stud on the isle of Roda in Cairo.    This dam line is particularly known for large, beautiful eyes and classic beauty.   In tail female, MB Kateena traces to the famed Alaa el Din daughter Magidaa, one of the most important and influential sources of the Abbayah Om Jurays strain.