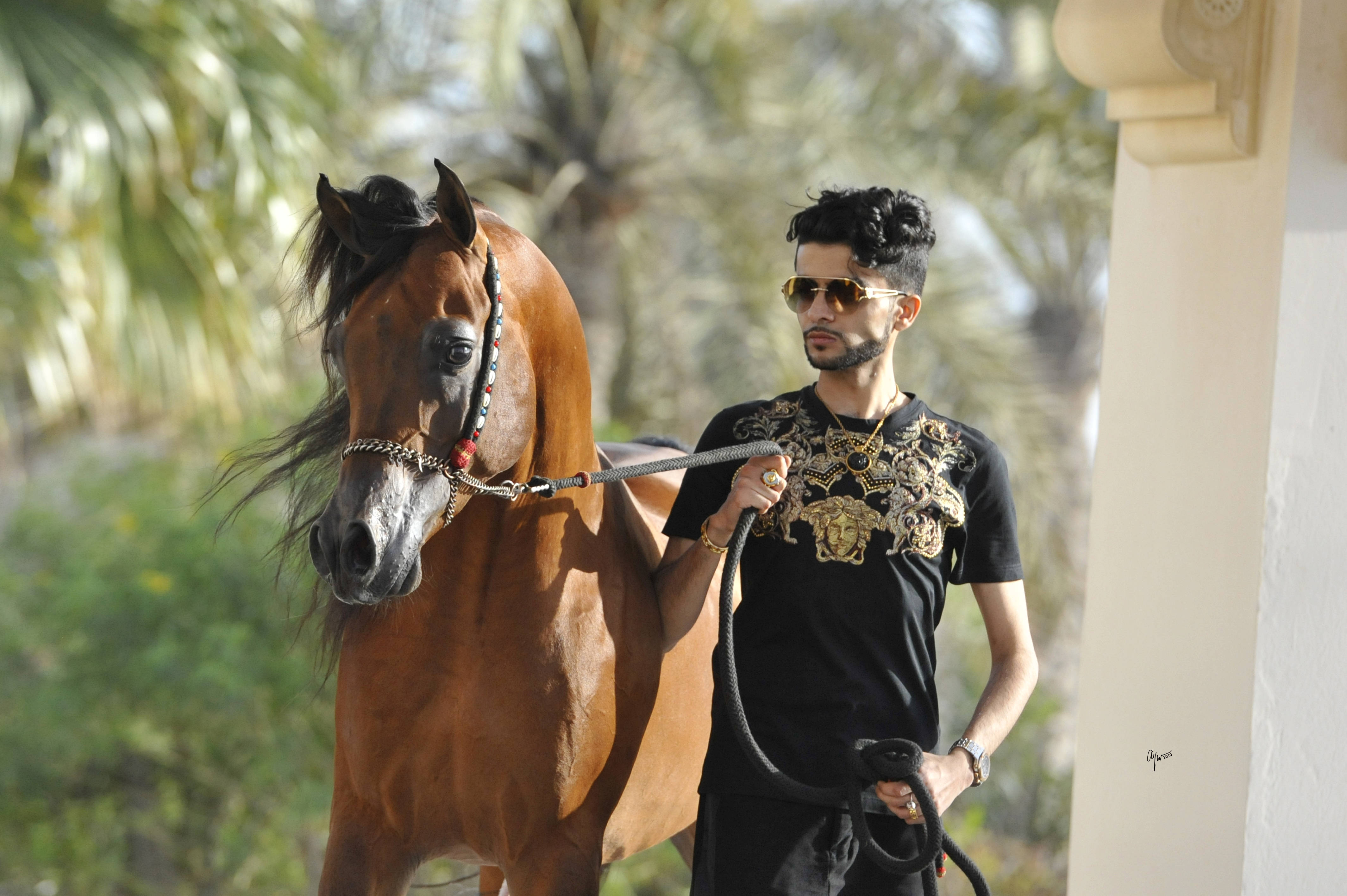 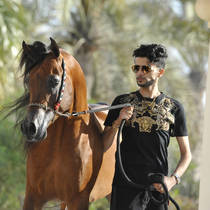 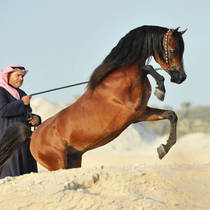 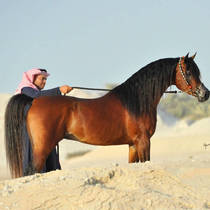 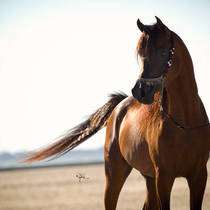 To whom Nadeer Al Rashediah, greatness was destined to be his birthright because he
epitomizes the perfect balance of excellence one would expect from his royal
pedigree. A son of the incomparable ZT Faaiq guarantees greatness in Nadeer. ZT
Faaiq was not only a Junior World Champion Colt and European Junior Champion
Colt, among other wins, but became a very successful sire of champions
internationally. In fact, Nadeer Al Rashediah is from one of the world's most
celebrated patriarchies being a grandson of Anaza El Farid, who is also the grandsire
of World Champion Stallion Marwan Al Shaqab. Add to this Nadeer's patriarchy is
handed down by Ruminaja Ali, one of the most prolific sire lines of global champions
in nearly all bloodlines of Arabians.
Following in these footsteps of greatness, as a young horse Nadeer's extraordinary
balance and beauty were applauded in Bahrain with the titles of 2016 Bahrain
Egyptian Event Gold Champion Colt and 2018 Bahrain Show Gold Champion
Stallion. Likewise, Nadeer's three-quarter sister Nadirah Al Rashediah won 2016
Egyptian Event Europe Silver Champion Yearling Filly, 2016 Straight Egyptian
World Championship Silver Champion Yearling Filly, and 2018 Gulf Straight
Egyptian Cup Gold Champion Filly. From this kind of breeding, one can assuredly
expect that Nadeer Al Rashediah will be passing on his greatness for generations to
come.
His greatness also descends from his exceptional dam NK Nadine, bred pure in the
strain Hadban Enzahi from the line of the beautiful EAO mare Bint Kamla. NK
Nadine is a perfect genetic powerhouse built upon 37.5% concentration of the
beautiful Hadban Enzahi mare Nashua, who is herself the full sister to Nejdy. He is
sire of the celebrated Ibn Nejdy who is most potently expressed in his son the
incomparable NK Hafid Jamil, paternal grandsire of NK Nadine. Her sire, the
magnificent NK Nadeer, is a full brother to NK Naeema, 2013 Egyptian Event Europe
Silver Champion Mare, and 2013 Berlin Cup Gold Champion Mare.
Finally, the golden threads woven throughout the beautiful tapestry of Nadeer Al
Rashediah's pedigree are: the immortal broodmare Hanan who appears ten times in
his precious lineage, and the most esteemed sire Ansata Ibn Halima who appears
eight times in Nadeer's pedigree.
From every angle of Nadeer's shimmering bright bay colored form one sees perfect
balance and harmony, from head to tail. He is an unforgettable sight to see... a
natural born image of greatness, who will create a legacy to be long remembered.