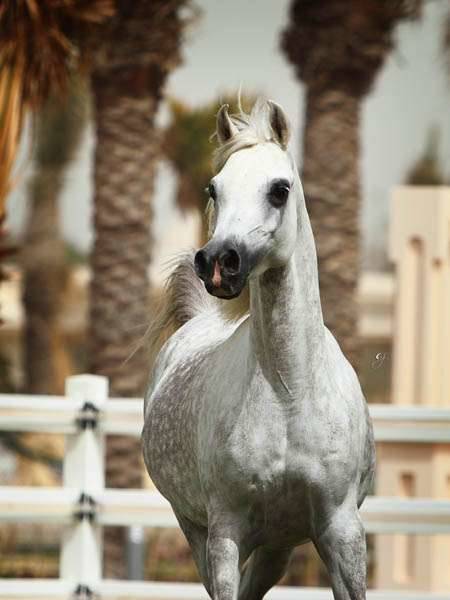 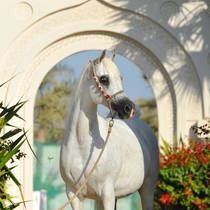 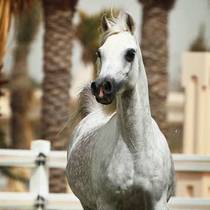 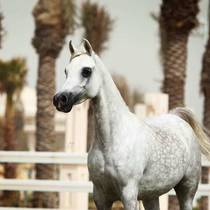 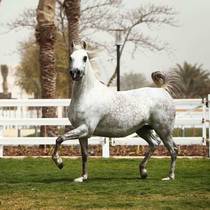 Her name means “precious, noble, and of the highest value.”  A feminine mare, with flaring nostrils and the distinctive tipped ears that characterize the Arabian breed, Kareymah Ezzain is a mare destined to live up to her name.   She is a prized daughter of NK Hafid Jamil, a stallion that embodies classic type.   Double Salaa el Dine, with three crosses to *Ansata Ibn Halima, two to Hanan, and a line each to Jamil and the beautiful Nazeer son Ghazal, NK Hafid Jamil has made his mark as a sire around the world, including Germany, the UK, and throughout the countries of the Arabian Gulf.   The pedigree of Kareymah Ezzain features two additional lines to the beautiful Salaa El Din through her grandsire, Nabajah El Chamsin.  Her  granddam, S.E.A. Sokkarah, reflects the breeding of the Shams El Asil Stud of Madam Wegdan El Barbary of Egypt, including two crosses to that program’s well-known stallion Misk and one to the Morafic son Bilal.  In tail female, Kareymah Ezzain is Dahmah Shahwaniyah, tracing to the Sabah family of El Dahma through the great matriarch Bukra, one of the finest mares ever bred by the Royal Agricultural Society of Egypt.